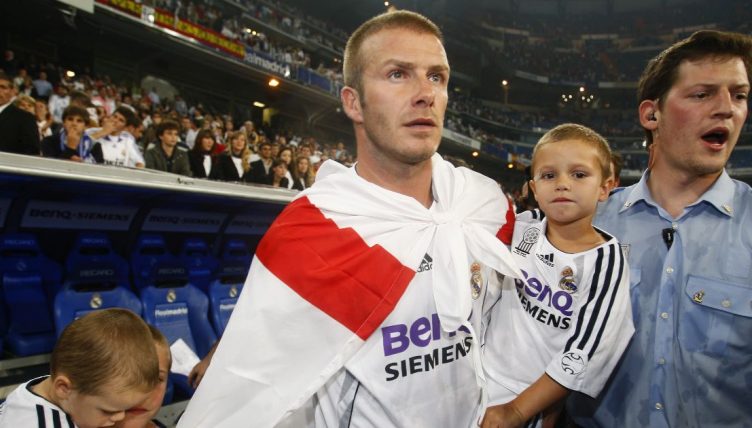 These days David Beckham’s celebrity status often precedes his ability as a footballer, but in our latest YouTube reaction video we reminisced over just how good he was.

Beckham made his professional debut in 1992 and had a career which spanned over 20 years.

Becks made a name for himself at Manchester United where he went on to make 394 appearances, scoring 85 goals in the process.

In Manchester United’s treble-winning season, he finished second in the Ballon d’Or rankings and narrowly lost out to Rivaldo.

Around the early 2000’s it was widely reported that Beckham’s relationship with Sir Alex Ferguson had become fractured, which then set his next move into motion.

Beckham signed for Real Madrid in the summer of 2003 for €37 million on a four-year contract.

He went on to make 155 appearances for Madrid, scoring 20 goals and winning one La Liga title.

Beckham then moved to LA Galaxy in 2007 and made huge strides in growing the MLS to a global audience.

His England career was also filled with plenty of highs and lows from his red card against Argentina to his iconic free-kick against Greece.

Whatever you think of David Beckham, there’s no doubting he is one of England’s all-time greats.