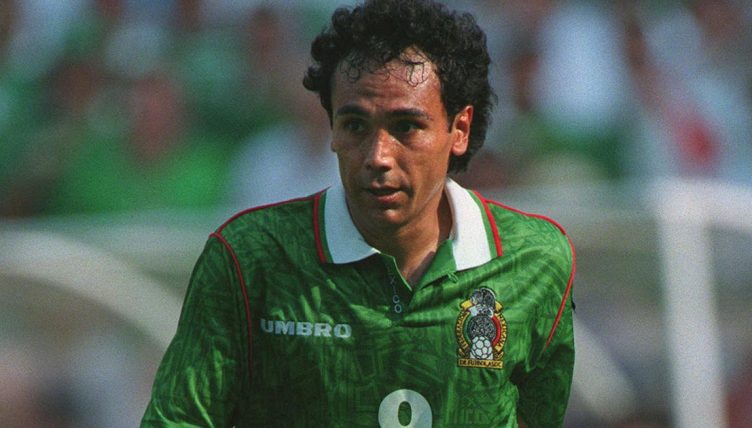 In the latest episode of our football legends reaction series on YouTube we’ve checked out the brilliant Hugo Sanchez.

He started his career in Mexico with UNAM and went onto play 200 matches for them, scoring 100 goals.

He won two league titles with UNAM as well as the Copa Interamericana and CONCACAF Champions League.

After five successful seasons in Mexico he was picked up by Atletico Madrid where he spent four seasons.

The striker played 152 matches for Atletico and scored 82 goals before their local rivals eyed him up.

In July 1985, Sanchez signed for Real Madrid and took his game to another level.

He spent seven successful years at the Santiago Bernabéu and he is ranked as Real’s seventh-highest goalscorer with 208 goals.

Sanchez was a master of the bicycle kick and he was a beloved player at Real Madrid.

After leaving Madrid, he had a short stint at Rayo Vallecano and then had spells in Mexico, America and Austria.

Sanchez ranks in the top 10 goalscorers for his country with 29 goals.

After he hung up the boots he went into management, with his last job being with C.F. Pachuca in 2012.

He managed the Mexican national team on two occasions as well as his beloved UNAM.

Widely regarded as the best Mexican player of all time, Hugo Sanchez should be remembered as one of the greats.