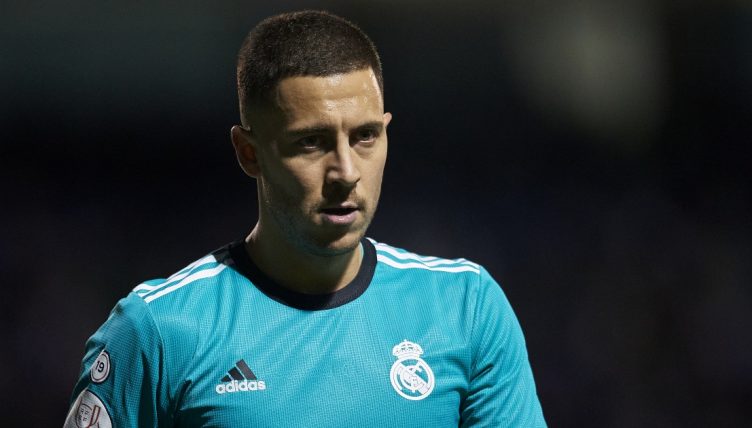 Eden Hazard came up clutch for Real Madrid as the La Liga leaders survived a scare against Elche to progress into the Copa del Rey quarter-finals.

Hazard has endured a difficult spell at Real since his 2019 move from Chelsea for a reported fee of €100 million.

Injuries and inconsistent form have hampered the Belgium international’s time at the Bernabeu and arguably his most memorable moment came when incurring the wrath of El Chiringuito after their defeat to Chelsea in last season’s Champions League.

But the 31-year-old delivered the goods when Madrid looked at risk of exiting the Copa del Rey against one of La Liga’s smaller sides.

Hazard was introduced for extra time, with the game level at 0-0, but Madrid were forced to respond after Elche took a shock lead just before the break.

With penalties looming, Hazard latched on to David Alaba’s pass to round Elche goalkeeper Axel Werner and send Carlo Ancelotti’s side through to the last eight.

The 31-year-old has been linked with a return to Chelsea this month with Newcastle and Everton are also reportedly keen.

Hazard has started just eight games in all competitions so far this campaign and looks likely to leave Real Madrid in the near to medium future.