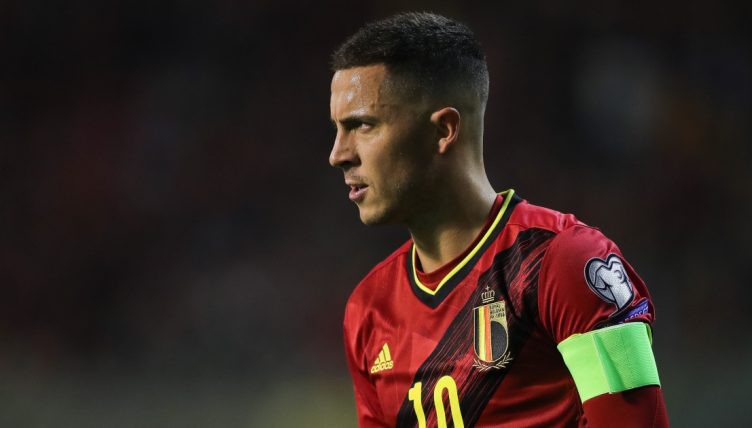 Eden Hazard took his club form into his international duties yesterday as he fluffed a one-on-one chance to score for Belgium in their World Cup qualifier with Estonia.

Hazard has struggled for game time at Real Madrid since his mega-money move from Chelsea in 2019, even after recovering from a series of long-standing injuries, but remains an important part of the Belgium side.

The attacker captained the side as Belgium qualified for the Qatar World Cup 2022 with a 3-1 victory over Estonia in their penultimate qualifier in Brussels on Saturday.

But he missed a glorious chance to score after racing clear of the Estonian defence. Hazard attempted to round the goalkeeper but saw the ball unceremoniously swiped from his feet in an embarrassing moment for the 30-year-old.

Despite this, Hazard did end up scoring during Belgium’s victory and will be looking to ensure his place in the team for next year’s World Cup finals.

“I especially hope that Eden Hazard remains fully fit,” Roberto Martinez said after the game. “And that every player at his club can show the best of himself, because the competition for places in the squad is huge.”