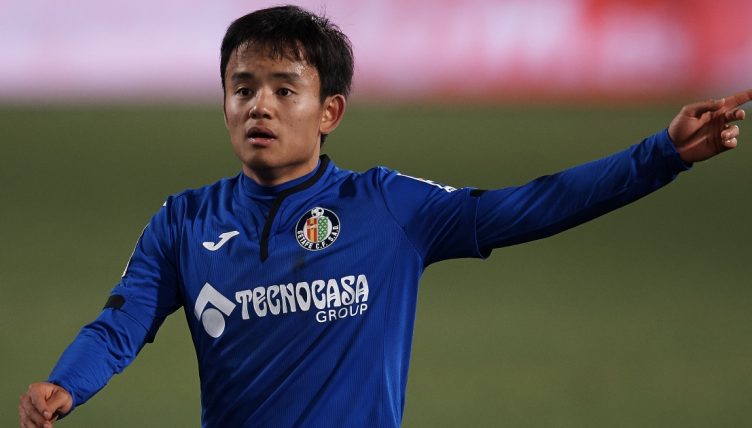 Real Madrid wonderkid Takefusa Kubo showed why he’s been nicknamed the ‘Japanese Messi’ with a unique goal during a friendly clash against Jamaica.

Kubo moved to Madrid from Tokyo FC in the summer of 2019, having previously spent four years in Barcelona’s La Masia academy.

The 20-year-old is yet to make his senior debut for Los Blancos and spent 2019-20 on loan at Real Mallorca, registering four goals and five assists in 35 La Liga appearances.

He started just two league games under Unai Emery at Villarreal in the first half of 2020-21 and then joined Getafe in January, helping them narrowly avoid relegation.

The winger is currently on international duty with Japan Under-24s and was named in the starting Xl for their friendly against Jamaica.

With the scores level at 0-0, Kubo cut in from the right wing and unleashed a powerful drive that went through the legs of four players before nestling into the back of the net.

He’ll play for Japan at the Olympics this summer and will be hoping to break into Carlo Ancelotti’s first-team squad next season.

Nothing interesting to see here just Kubo doing 4 nutmegs at once to score a wonderful goal..! #Kubo #HalaMadrid pic.twitter.com/ShVSZ3SqEN