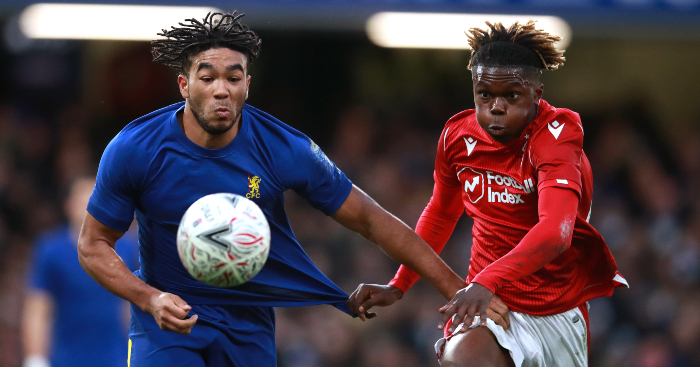 Reece James continued to impress under Frank Lampard as Chelsea beat Nottingham Forest 2-0 at Stamford Bridge on Sunday to progress to the fourth round of the FA Cup.

Both goals came in the first half as Callum Hudson-Odoi opened the scoring in the sixth minute with his first strike since September.

Hudson-Odoi was then involved in the second as his shot was parried, allowing Ross Barkley to make it 2-0, meaning both of the midfielder’s goals this season have come in cup competitions.

In between the goals there was time for James to catch our eye with a silky turn to take two Forest players out of the game deep in his own half.