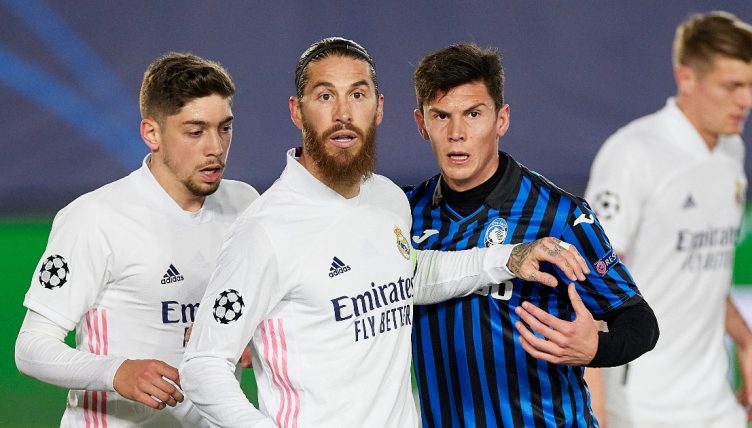 Real Madrid had something of a lucky escape at the stroke of half-time of their Champions League clash with Atalanta.

Karim Benzema had opened the scoring on the night in the second leg, giving Madrid a comfortable 2-0 lead on aggregate, after a dominant performance on home soil – with an underwhelmingly flat performance from their Serie A opponents.

But Zinedine Zidane’s men were given a warning, with the ball played right through to the path of Atalanta’s Colombian striker Luis Muriel at the end of the first half.

It looked as though Muriel had a one-on-one with Thibaut Courtois as the clock ticked 45:00, but just as the ball went through, referee Danny Makkelie blew his whistle, electing against any first-half injury time.

An away goal at that moment would have changed the complexion of the tie, putting Atalanta one more goal away of reaching the quarter-finals.