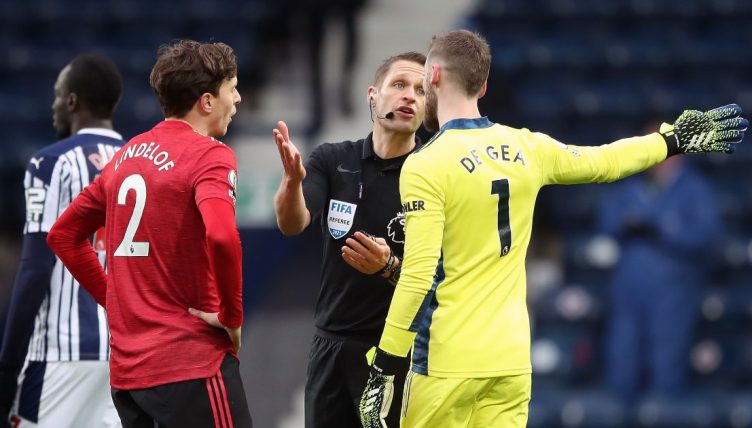 Manchester United‘s players were left furious and frustrated as the half-time whistle blew midway through a promising counter-attack.

United struggled to create many clear-cut opportunities but equalised through a brilliant Bruno Fernandes volley on the stroke of half-time.

West Brom tried to restore their lead and had a succession of corners in injury time but they failed to take advantage of the situation.

After a misplaced pass was cut out by Anthony Martial, United set off on a very dangerous counter-attack and looked to be in a four-on-two situation.

However, the referee blew the half-time whistle before they could finish the move, leading to furious appeals from the United players.