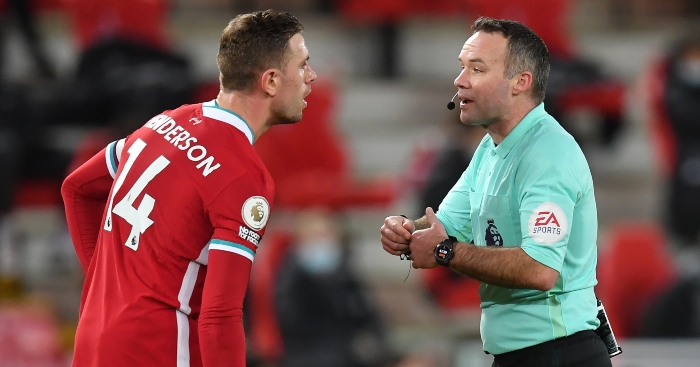 The first-half at Anfield, in a game billed by Sky as Champions vs. Challengers, was predictably tight and cagey.

But Liverpool ended the half strongly, looking to cap an attacking a move with a goal that would demoralise their opponents.

Thiago Alcantara passed the ball forward to Mohamed Salah, who then laid it off to Xherdan Shaqiri.

Yet, just as Shaqiri had released Sadio Mane with a beautiful long pass, the whistle sounded for half-time – six seconds before the allocated one minute had expired.

Thiago looked baffled by the decision and we’re sure Jurgen Klopp would have been too.

Both sides failed to make in the breakthrough in the second half and they had to settle for a point.

I am genuinely fuming.

There is no excuses here. 6 seconds left. You don’t blow until the allocated time is played. pic.twitter.com/zw5jigLJd6