Watch: Referee p*sses himself on pitch ahead of Brazilian Cup match 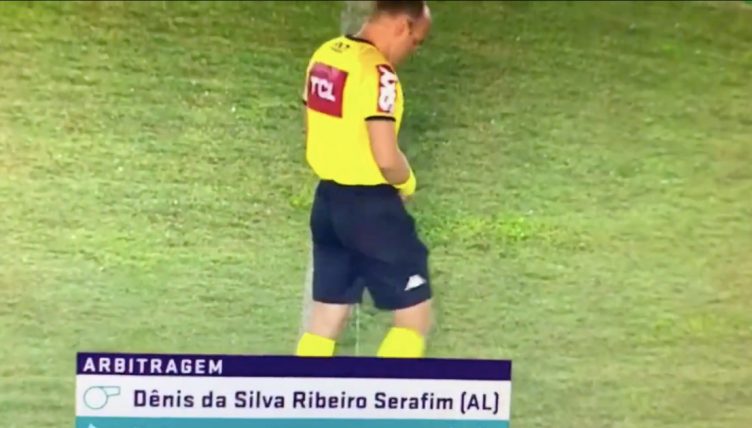 As First World problems go, there are few things that induce panic quite like needing the toilet when you know there is nowhere to go.

We all know the feeling, that creeping terror as you realise you’re still miles away from the nearest services on a long car journey, or you’ve just sat down for a job interview, or – in the case of Brazilian referee Denis da Silva Ribeiro Serafim – you’re just about to blow the whistle for a Copa do Brasil fixture.

The official was caught short ahead of the first round tie and was captured relieving himself on the halfway line ahead of kick-off and readjusting his shorts before swapping a fist bump with one of the players, who was presumably unaware of what had just gone on.

In answer to the question we know you’re all desperate for the answer to: Boavista progressed to the second round with a 3-1 victory over Goias.

Watch the moment below. Eat yer heart out, Lineker.