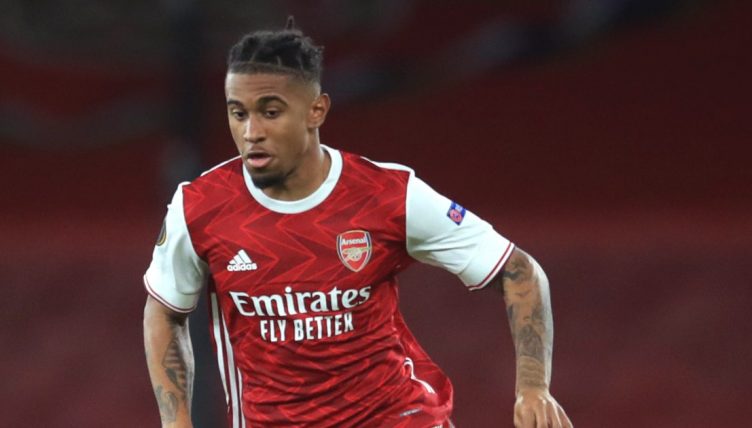 Nelson has been on the fringes of the Arsenal first team this season, making just nine appearances in all competitions due to injury problems and competition for places.

The 21-year-old was linked with a loan move away throughout the Summer and January transfer windows but ended up staying at the Emirates.

“We ended up with a large squad at the end of the transfer market,” Arteta said earlier this season. “We had a few plans in mind with Reiss. One of them was as well to send him on loan to get more minutes because of the competition we have upfront.

“The reality is he has been really good in training. He wants to stay here. He wants to fight for his place.”

He returned to the matchday squad against Olympiacos in the Europa League but still hasn’t played for the first team since their FA Cup win over Newcastle in January.

Despite falling down the pecking order, Nelson is clearly still full of confidence and scored a brilliant solo goal in training.