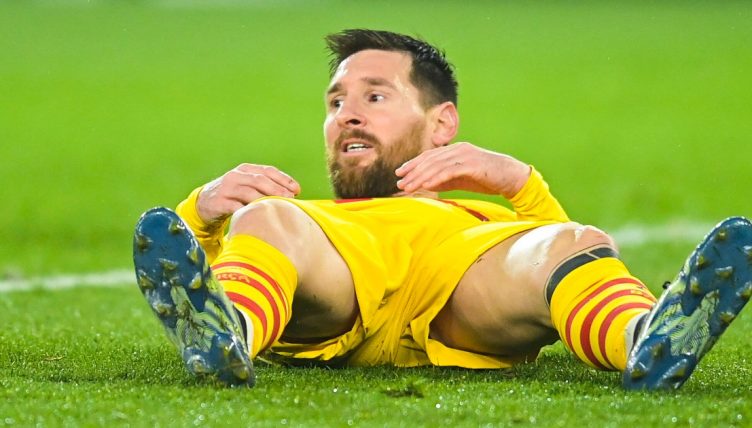 Barcelona started the second leg of their Champions League round of 16 clash with PSG looking like their old selves, with a lively display in the first half.

But it was PSG striker Kylian Mbappe that opened the scoring on the night, scoring from the penalty spot after a controversial VAR call, adding to the hat-trick he scored at the Camp Nou in the first leg.

5-1 down on aggregate, the task remained the same for Barcelona, who needed to score four goals in the French capital to make it through either way, with that number then only enough to take them to extra time.

Lionel Messi soon sparked hopes of another famous comeback with a brilliant thunderbolt effort in the 37th minute, and he could have scored a second on the stroke of half-time after Layvin Kurzawa felled Antoine Griezmann in the penalty area.

But Messi’s spot-kick was saved by Keylor Navas, and despite a subsequent VAR check, the officials ruled against retaking the penalty, as Borussia Dortmund’s Erling Haaland did against Sevilla the night before.

Replays afterwards showed that Marco Verratti, who broke into the box to clear the ball, had encroached into the D of the penalty area.

"How have they not picked up that he's encroaching there…"

"If you run the tape on, you see, he actually affects the game!"

Joe Cole was in disbelief that Marco Verratti got away with encroachment during Lionel Messi's vital penalty miss vs. PSG 😳 pic.twitter.com/v7L0K50OLd