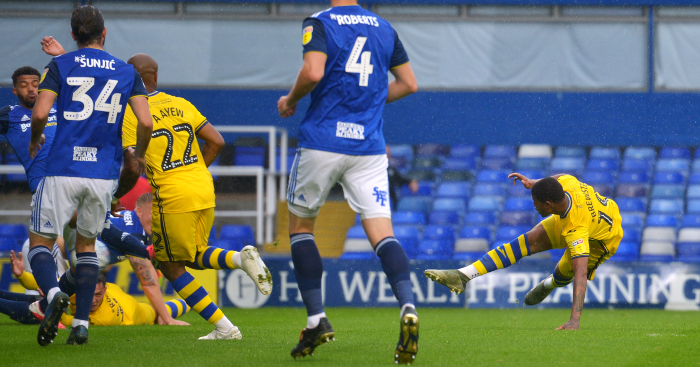 Liverpool loanee Rhian Brewster continued his fine form for Swansea City with yet another goal in the Championship side’s 3-1 victory over Birmingham City on Wednesday night.

The result saw Birmingham boss Pep Clotet bring forward his departure from the club, but things started brightly for the hosts when they took the lead through Lukas Jutkiewicz after just five minutes.

But Brewster sniffed out an equaliser just six minutes later before goals either side of half-time from Ben Cabango and Jay Fulton secured all three points for the Swans, who are now just one point behind fierce rivals Cardiff City in the race for sixth place.

Brewster’s strike, a sharp volley inside the penalty area after getting on the end of a knock-down, was his eighth since joining Swansea on loan in January.

Liverpool have been linked with a move for a new forward to provide back-up for Roberto Firmino. We say just let Brewster have a crack next season.

🔥| Rhian Brewster with another goal! pic.twitter.com/bAe7TdXKk2