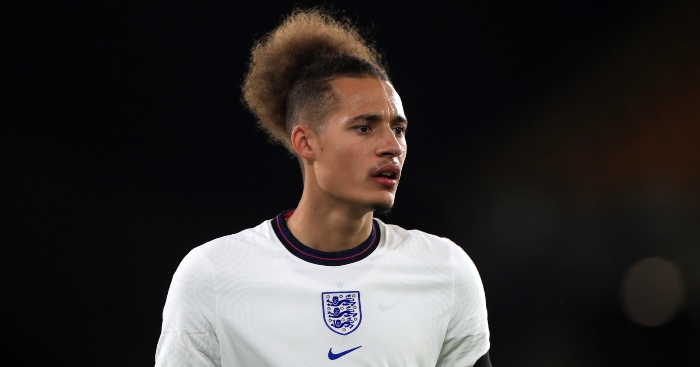 Virgil van Dijk was their first major defensive casualty this season after he ruptured his ACL following a reckless challenge from Jordan Pickford.

Fabinho was then forced off after 30 minutes against FC Midtjylland and their problems deepened when Joe Gomez suffered an injury during England training.

Joel Matip is now Liverpool’s only fit and available senior centre-back while Williams has stepped in admirably in recent weeks.

“You’ve seen Rhys Williams stepping in and doing a world-class job at such a young age with such little experience, unbelievable from him,” Trent Alexander-Arnold told LFCTV following their 2-0 win over Midtjylland.

“He never really put a foot wrong. Well done to him and I think he’s got a bright future ahead.”

The 19-year-old produced an imposing display against Andorra Under-21s and picked out Liverpool team-mate Curtis Jones with a brilliant pass.

Only Rhys Williams pinging passes around like his idol… #LFCpic.twitter.com/ykpyCfNE8U