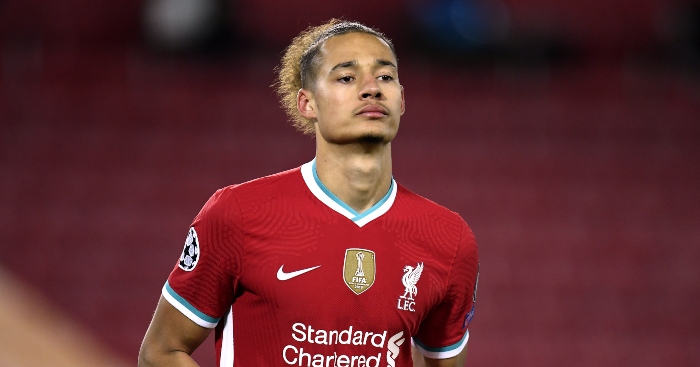 Rhys Williams made his Premier League debut in Liverpool‘s 2-1 win over Tottenham and immediately displayed his incredible passing range.

Having previously featured in the Champions League and the League Cup, Williams partnered Fabinho in defence due to the Reds’ lengthy injury list.

The 19-year-old won more aerial duels than any other player on the pitch and also played a part in Mohamed Salah‘s opening goal, picking out Andy Robertson with a brilliant diagonal pass.

Spurs then equalised through Son Heung-min before Roberto Firmino headed a 90th-minute winner, courtesy of a Tim Sherwood assist.

“Rhys was so strong in the air. He played a pass for our first goal and has the right amount of confidence so you don’t have to explain how it works.”