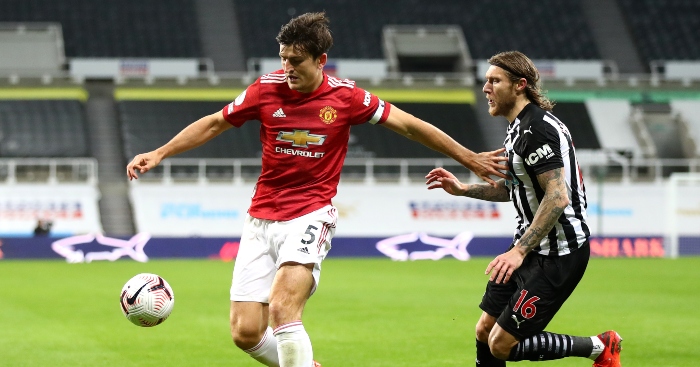 Manchester United legend Rio Ferdinand has outlined his concerns around their defence following a poor start to the league season.

The likes of Harry Maguire and Victor Lindelof have been heavily criticised after United conceded 12 goals in their opening four Premier League games in 2020-21, including six against Tottenham at Old Trafford.

Ferdinand, who won six Premier League titles during his 12 years ay United, is regarded as one of the best defenders of his generation.

The 41-year-old admitted that United’s current defenders are “unable to smell danger” while analysing their performances as a pundit for BT Sport.

No Harry Maguire in Paris this evening ❌

But the former England international was feeling cheerier at full-time and was full of praise for young centre-back Axel Tuanzebe after his impressive performance in United’s 2-1 win over PSG.