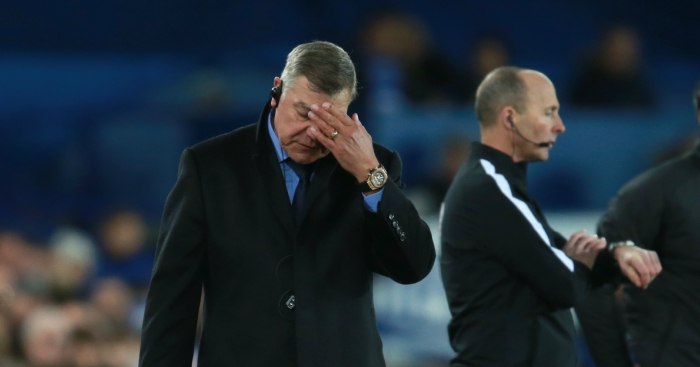 Everton were outplayed by champions-elect Manchester City on Saturday evening, but they remain ninth in the league despite a torrid start to the season under Ronald Koeman.

Koeman was sacked in October with the club in the relegation zone, having won just two of their nine games in the Premier League.

The disappointment was heightened by the transfer fees splashed out in the summer, as the new owners spent £45million on Gylfi Sigurdsson and £25million on Michael Keane.

And prior to the defeat by City, Ferdinand expressed his disbelief at the unhappy nature of Everton fans, who would see their side sitting seventh in the league if the season began when Allardyce took over.

“They’ve got to be real about it,” Ferdinand said. “I don’t know what they’re expecting.

“You had Ronald Koeman, who came up the Ajax way and played great football. You had Martinez, who played good football. Disgruntled fans, not happy, they wanted them out.

17 of the most intense rivalries in world football, from Egypt to Paraguay