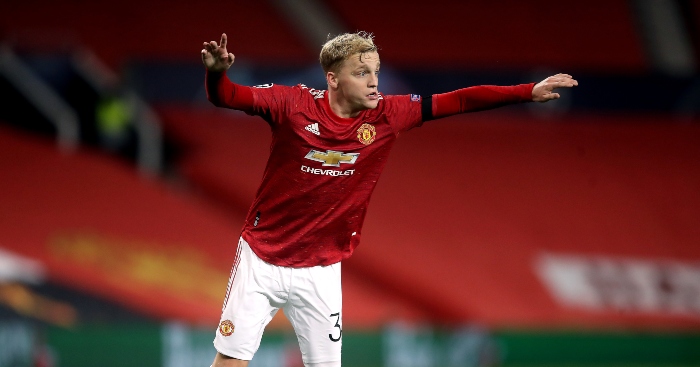 While Donny van de Beek is yet to start in the Premier League, he continues to impress in the Champions League for Manchester United.

Van de Beek has struggled for first-team opportunities since arriving from Ajax in the summer, playing just 86 minutes in the Premier League to date.

The midfielder was handed his fifth start for the club in all competitions against Istanbul Basaksehir, lining up alongside Fred at the base of United’s midfield.

While Bruno Fernandes, Marcus Rashford and Daniel James got the goals in a 4-1 win, Van de Beek was one of their standout performers.

The 23-year-old, who completed 90 minutes for just the second time in a United shirt, recorded two key passes and had a pass accuracy of 88%.

"He showed why he's so highly thought of in European football."

"He will make other players tick and perform better."@rioferdy5 and Paul Scholes liked what they saw as Donny van de Beek ran the show in midfield for Man Utd 👏 pic.twitter.com/bAJpaQPW5l