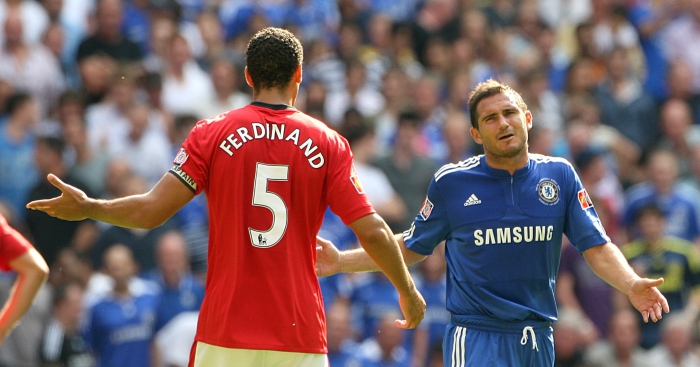 Rio Ferdinand and Frank Lampard grew up together at West Ham, but after becoming rivals at Manchester United and Chelsea the pair simply stopped talking.

The pair progressed through West Ham’s acclaimed academy simultaneously and were close friends, yet for years in their careers they never talked to one another.

“From 16 to 21, we did everything together,” Ferdinand told the BBC’s NFL Show.

“We didn’t hate each other, but I didn’t want to give him anything that he might take back to Chelsea.”

And Ferdinand’s reasoning proved correct, as he went on to win six Premier League titles at Old Trafford, lifting 14 trophies in total including the 2007-08 Champions League, with victory in the final over Lampard’s Chelsea.

The Blues’ all-time top scorer didn’t do too bad himself though, earning 13 trophies and finally lifting the Champions League himself in 2012.

Watch Ferdinand’s honest and frank – if you’ll pardon the pun – interview below.