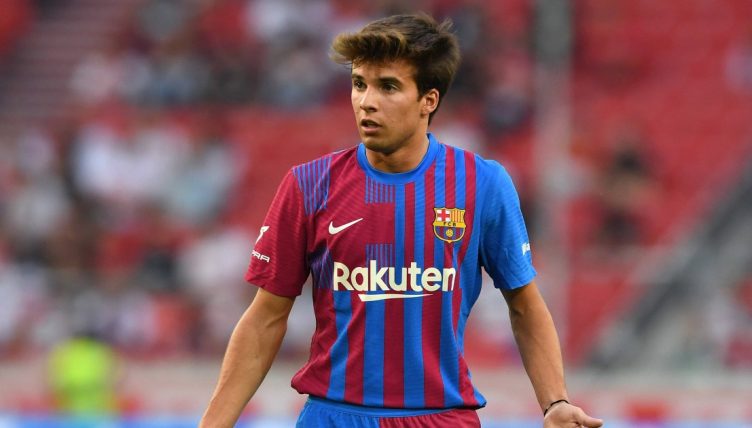 Despite finding true fame as a Robin van Persie lookalike, Riqui Puig is actually a pretty decent footballer, as he showed in finishing off a sweeping Barcelona attack in their pre-season friendly with Stuttgart on Saturday.

Barca new boy Memphis Depay played a key role, picking up a throw-in before beating his man and playing a fine, outside-of-the-boot through-ball to Sergi Roberto.

Roberto laid it off to Antoine Griezmann, who waited for Puig’s run and slotted the 21-year-old midfielder in. Puig then hammered the ball in off the foot of the near post to put Barca 3-0 up.

After receiving limited game time under Ronald Koeman in the 2020-21 season, Puig will be hoping that the goal convinces his Dutch manager that he merits more opportunities this term. Barca fans would certainly like to see that happen.

The involvement of Memphis – who also scored a stunning effort in the game – will also please Blaugrana supporters, who have not had a lot to make them smile this summer amid the club’s horrendous financial issues.