Watch: Ritchie screams at lino, ‘How have you given that you wee d*ck?!’ 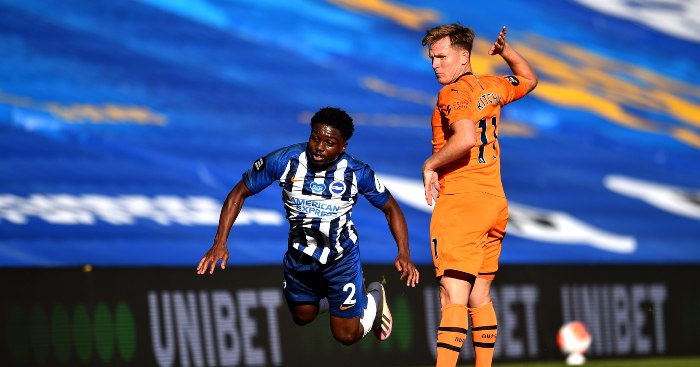 Matt Ritchie has spent the last three seasons establishing himself as one of the Premier League’s most unheralded sh*thouses at Newcastle United.

Initially signed as a creative attacking midfielder from Bournemouth, Ritchie has found himself increasingly deployed as a wing-back or full-back by Newcastle in recent years.

We can’t quite remember if this was always the case with Ritchie, but the 30-year-old seems to have really upped his sh*thousery game, matching his positional evolution.

He was at his best in Newcastle’s 0-0 draw with Brighton on Monday night, audibly screaming at the assistant referee: “How have you given that, you wee d*ck?”

We don’t condone that kind of thing, but “wee d*ck” is a tremendous insult to pull out of nowhere. If any Peep Show fans reading, it’s not a million miles away from “p*ss kidney”, is it?

Matt Ritchie belting out “how have you given that you wee d*ck?” is the highlight of the restart. pic.twitter.com/uJlsqUjdoH