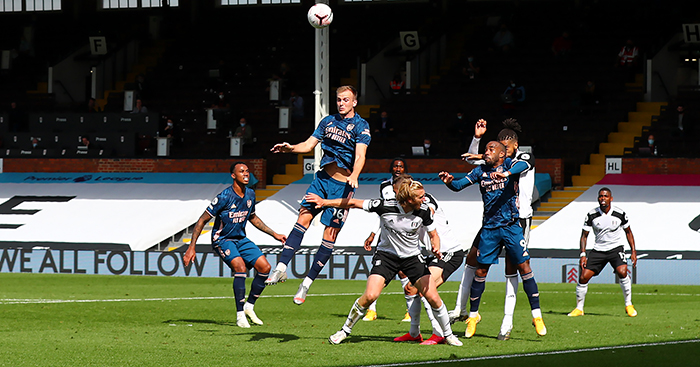 Arsenal opened the new Premier League season with a comprehensive 3-0 win at Fulham on Saturday lunchtime – but the real story was Rob Holding briefly transforming into Ronaldinho.

The Gunners’ pre-match preparations could have gone better, with Dani Ceballos and Eddie Nketiah involved in an angry shoving match after a game of rondo gone wrong, but it certainly didn’t seem to have a lasting effect out on the pitch.

But the Man of the Match award should clearly go to Holding after a run early into the second half which the great Ronaldinho would have been proud of.