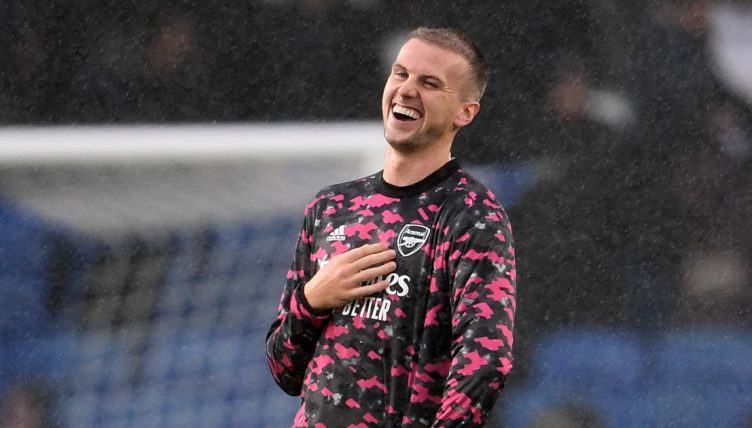 After a difficult start to the 2021-22 season, Arsenal players have rediscovered their best form and lifted the mood in the camp.

The Gunners lost their opening three Premier League games and manager Mikel Arteta faced a lot of criticism for their performances.

But Arteta has turned things around with five wins and two draws from their last seven league games, leaving them just three points outside the top four.

Academy graduates Emile Smith Rowe and Bukayo Saka have been at the heart of that revival, registering six goals and four assists between them.

Arsenal fans have even begun singing about Saka and Smith Rowe in a chant to the tune of Status Quo’s ‘Rockin’ All Over the World’.

After the 2-0 win over Leicester City on Saturday, Rob Holding posted a video of him singing the chant on the team coach while fellow defender Ben White is dancing in the background.

Big fan of @ben6white & the rest of the team rocking out to the ‘Saka & Emile Smith Rowe’ chant on the team coach 🎶👏 pic.twitter.com/ogdnvBw7Mc