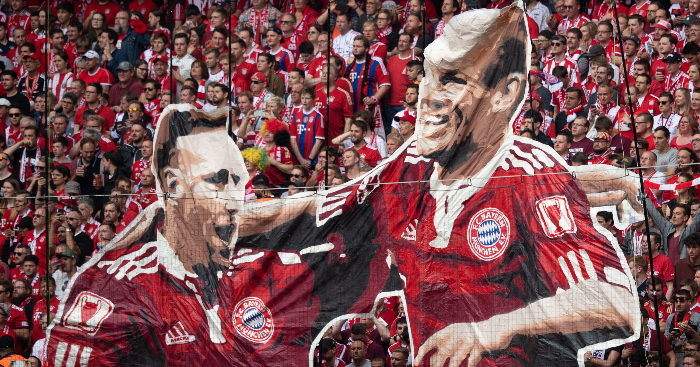 Arjen Robben and Franck Ribery were giving a fitting end to their Allianz Arena careers as they scored to help Bayern Munich secure a seventh-straight Bundesliga title on the final day of the season.

The pair of wingers, synonymous with this era of Bayern Munich dominance, were both introduced after the hour mark and added the cherry on top of an emphatic 5-1 win over Eintracht Frankfurt, scoring their fourth and fifth.

Elsewhere, Borussia Dortmund’s win over Monchengladbach meant that that Bayern needed a point or more against Niko Kovac’s former team Eintracht, which they managed convincingly.

There’s still one more game left to play though, with the opportunity to secure a domestic double in next weekend’s DFB Pokal final against RB Leipzig at the Olympiastadion in Berlin.