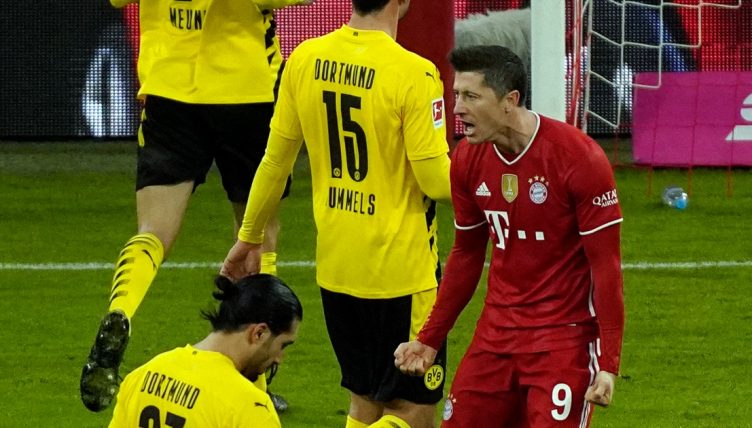 Robert Lewandowski notched the 14th hat-trick of his Bayern Munich career on Saturday night as the German giants came from 2-0 down to beat Borussia Dortmund 4-2 in Der Klassiker.

Two goals inside 10 minutes from Erling Haaland put the visitors firmly in control at the Allianz Arena, but, keen not to be outdone by the youngster, a brace of his own saw Lewandowski drag his side level before half-time.

Leon Goretzka put Bayern in front with two minutes remaining before the Polish goal machine rounded off a wonderful treble with a clinical finish from the edge of the penalty area.

It takes his tally for the season to 31 goals and 12 clear of Dortmund’s Norwegian wonderkid.

More importantly, it ensured Bayern kept their place at the top of the Bundesliga, with just two points separating them from RB Leipzig with eight games of the season remaining.

Next up for Hansi Flick’s side is a trip to Werder Bremen before they welcome Lazio in the second round of their Champions League last-16 tie.