Watch: Robert Lewandowski plucks ball out of the sky with filthy first touch 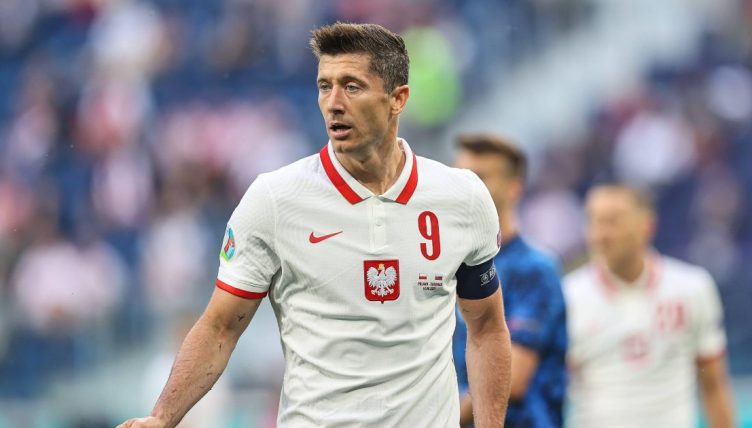 Lewandowski is widely regarded as one the best strikers in the world but has taken his game to another level over the last couple of years.

The 32-year-old scored 41 goals in 29 league appearances for Bayern in 2020-21, breaking Gerd Muller’s long-standing Bundesliga record for most goals in a single season.

Despite being in brilliant goalscoring form ahead of the Euros, he recently admitted that the packed football schedule has made things difficult for players.

“So many people forget we’re humans, we’re not machines, we cannot play every day at the highest level of performance,” Lewandowski told The Times.

“For football and for young players, that will be the big problem, to stay at the top for many years, because now and maybe the next two years, that will be extreme: so many big games.”

Having recently smashed a spectator’s phone with a wayward shot in training, Lewandoski practised his skills before the game against Slovakia and brought the ball under control with a beautiful first touch.

The forward wasn’t able to get on the scoresheet during the game as Finland won 2-1 thanks to Wojciech Szczesny’s own goal and a Milan Skriniar strike.