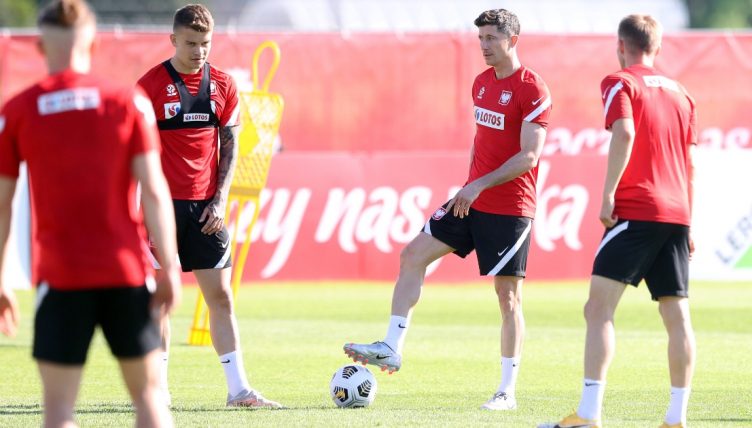 Robert Lewandowski has just come from a truly historic season in the Bundesliga with Bayern Munich but he is showing no signs of slowing down ahead of the Euros.

The Poland marksman broke the scoring record in Germany’s top league during the 2020-21 campaign, bagging 41 goals in a single season and surpassing Gerd Muller’s best in the process.

Less will be expected of the marksman on a national stage but with the likes of Sweden and Slovakia in their group, along with Spain, we could still see a few goals from the 32-year-old this summer.

He was their top scorer in qualifying with six goals and remains Poland’s most prolific marksman of all time with 118 to his name.

Lewandowski showed he has not lost his touch since the end of the domestic season in training as well.

Stood by the byline, slightly in front of the corner flag, he casually flicked the ball over his own head before hitting a brilliant spinning effort on the half-volley into the back of the net.