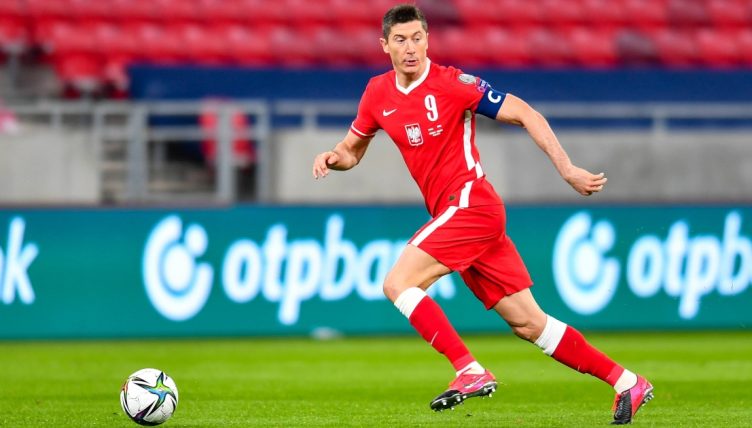 Lewandowski has been in imperious form this season, scoring 42 goals in 36 games at club level to cement his status as one of the world’s greatest strikers.

And the 32-year-old needed to be in top form during Poland’s opening World Cup qualifier in Budapest.

Hungary, who are one of the most improved teams in Europe, led 2-0 and 3-2 during a see-saw encounter.

But you can never relax when Lewandowski is around and he broke Hungarian hearts nine minutes from time.

The forward controlled a drilled cross and took a touch to get the ball out from underneath his feet.

Once in position, Lewandowski rifled home an unstoppable effort that Hungary goalkeeper Peter Gulacsi stood no chance of saving.

With Poland due at Wembley to face England next week, we assume John Stones and Harry Maguire are already having sleepless nights at the prospect of facing the legendary striker.