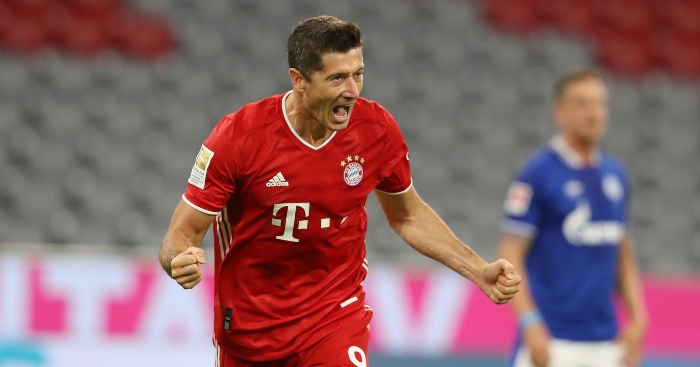 Bayern Munich picked up where they left off last season with a sensational 8-0 win over Schalke in the opening match of the new Bundesliga campaign.

Hansi Flick’s side claimed a historic treble in 2019-20 and they started their Bundesliga title defence in ominous fashion despite losing Thiago to Liverpool.

Bayern had a 3-0 lead by half-time thanks to goals from Serge Gnabry, Leon Goretzka and a Robert Lewandowski penalty.

Gnabry completed his hat-trick just before the hour mark and Lewandowski then proved that he’s far more than just a goal scorer by setting up Thomas Muller with a sensational rabona assist.

A rabona assist from Lewandowski 🤯

Phonzie just has to stand up on the bench and applaud it 👏 pic.twitter.com/8V9NNicHcI