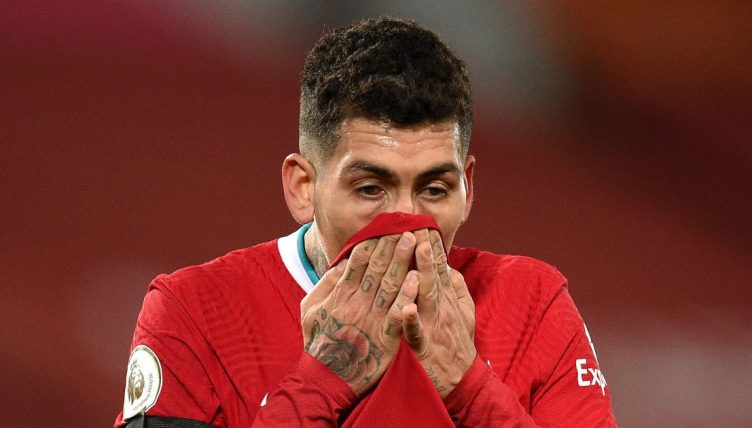 Roberto Firmino summed up how every Liverpool fan felt after they conceded an injury-time equaliser against Newcastle United.

The Reds have struggled at Anfield in 2021 but knew that a win against Newcastle would have temporarily taken them back into the Champions League places.

Jurgen Klopp’s side took the lead through Mo Salah inside the opening three minutes but then proceeded to miss a hatful of great opportunities.

The Magpies gradually grew in confidence and looked to have scored a dramatic late equaliser through Callum Wilson, only for VAR to rule it out due to handball.

Despite being given a clear warning, Liverpool failed to learn their lesson and Arsenal loanee Joe Willock made it 1-1 in the 95th minute.

While Willock wheeled away in celebration, Firmino could be seen dramatically collapsing backwards to the floor in disbelief.