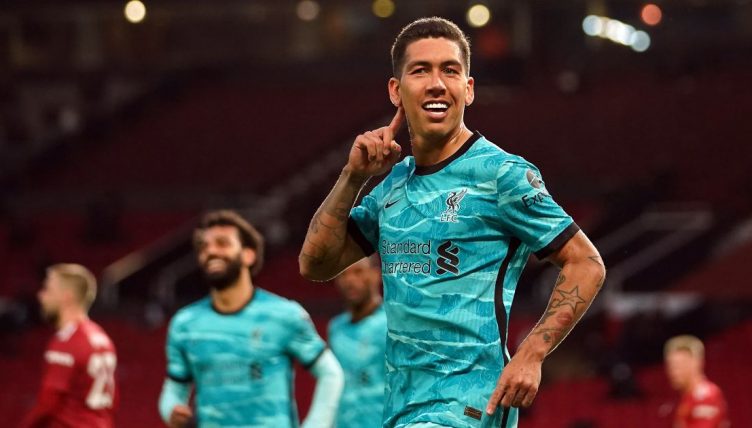 After a difficult season, Roberto Firmino was back to his best during Liverpool‘s 4-2 win against Manchester United at Old Trafford.

Firmino has struggled in front of goal this season, netting just six goals in 44 appearances in all competitions prior to the game against United.

Despite his poor form, he was named in the starting Xl against United and certainly repaid the faith shown by manager Jurgen Klopp.

With the scores level at 1-1, Firmino headed a pinpoint Trent Alexander-Arnold cross into the back of the net on the stroke of half-time.

The Brazil international then got his second goal of the game in the 48th minute, firing home after Dean Henderson spilled Alexander-Arnold’s fierce shot.

Having celebrated with his team-mates, he then danced on the Old Trafford pitch to rub salt into United’s wounds.

Marcus Rashford pulled a goal back for United before Mohamed Salah raced clear in the last minute to seal a victory that could prove vital in Liverpool’s quest for Champions League qualification.