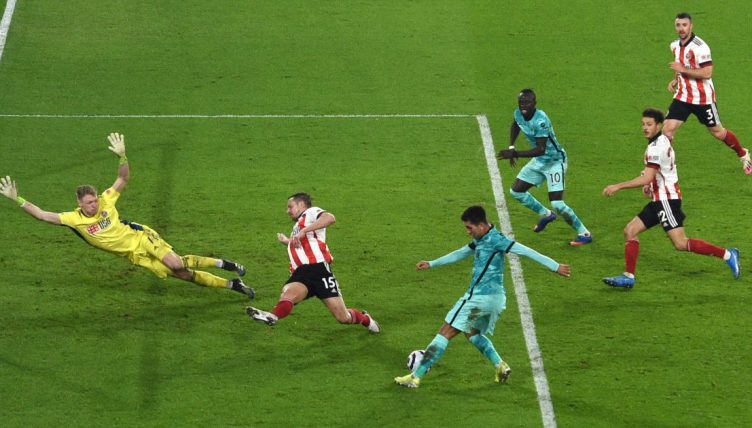 Roberto Firmino somehow squandered a gilt-edged opportunity to give Liverpool an early lead against Sheffield United.

Despite being an integral player for the Reds, Firmino has struggled in front of goal in recent months, netting just six goals in 36 appearances in all competitions this season.

Jurgen Klopp’s side failed to find a way past Blades goalkeeper Aaron Ramsdale in the first half and the best chance fell to Firmino.

The Brazil international looked set to score but instead of shooting into an unguarded net, he passed inside and the ball was then cleared by Sheffield United.

Curtis Jones broke the deadlock in the 48th minute before Firmino redeemed himself by forcing an own goal from Kean Bryan to secure Liverpool’s first win in five Premier League games.

WHY DOES FIRMINO NOT SHOOT