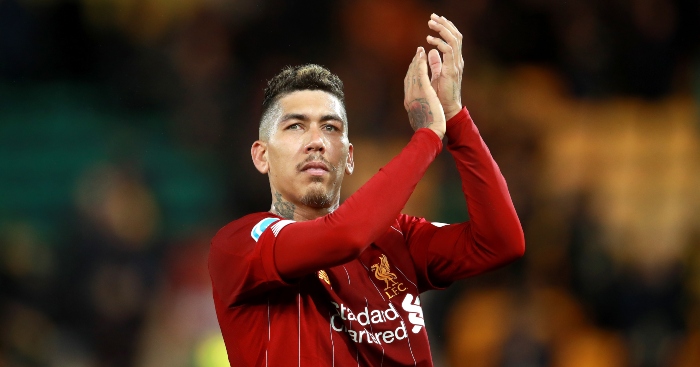 Liverpool moved 25 points clear at the top of the table after their 1-0 win over Norwich but more importantly Roberto Firmino was able to showcase his skills.

The Brazilian has been in brilliant form for Jurgen Klopp’s side in recent weeks, and he is renowned for his excellent flair and technique.

Chances were at a premium in a blustery first half at Carrow Road so Firmino tried to cut through Norwich’s defence with an inventive piece of skill.

The 28-year-old received the ball with his back to goal outside of the penalty area. and pulled off a brilliant no-look drag pass to Georginio Wijnaldum.

Unfortunately for Liverpool, he wasn’t able to make the most of the opportunity as Norwich defender Grant Hanley made a vital challenge.

Liverpool eventually got the breakthrough in the 78th minute when substitute Sadio Mane took down Jordan Henderson’s excellent pass and smashed in at the near post.