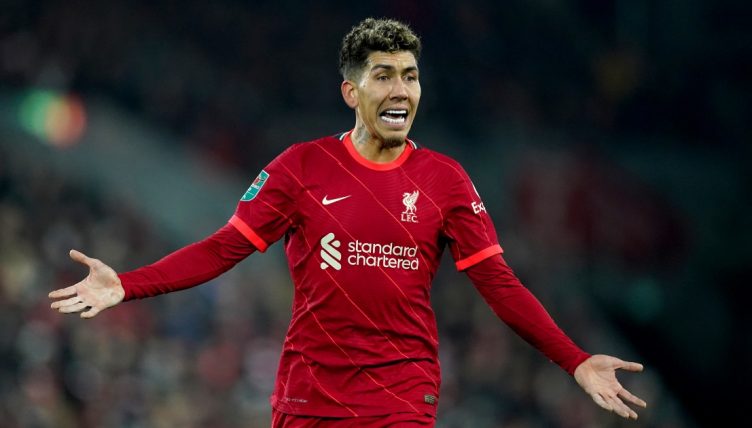 Roberto Firmino didn’t get on the scoresheet in Liverpool’s 2-0 win over Arsenal – but did play a key role in their opening goal.

Firmino, who joined Liverpool in 2015, is renowned for his excellent flair and technique and recently scored with a backheel flick against Shrewsbury in the FA Cup.

While Mohamed Salah and Sadio Mane often steal the headlines, he has played a key role in Liverpool’s success in recent seasons.

“He’s a very important player to us – he’s a connector,” Jurgen Klopp said earlier this season. “He’s the best offensive defender I ever saw in my life, definitely! He’s a ball chaser, defensively incredibly smart with all of the things he’s doing. Technically on the highest level.

The Brazil international started the Carabao Cup semi-final second leg against Liverpool and produced another moment of magic in the first half.

After Joel Matip passed the ball into midfield, Firmino showed great improvisation to cushion a first-time backheel pass into the path of Trent Alexander-Arnold.

Alexander-Arnold then drove forward and quickly sent the ball out wide to Diogo Jota, who cut inside before firing past Aaron Ramsdale.

Jota doubled Liverpool’s lead in the second half and they will now face Chelsea in the Carabao Cup final at Wembley.