Watch: Firmino pulls off a nutmeg so cheeky it makes McCoist laugh 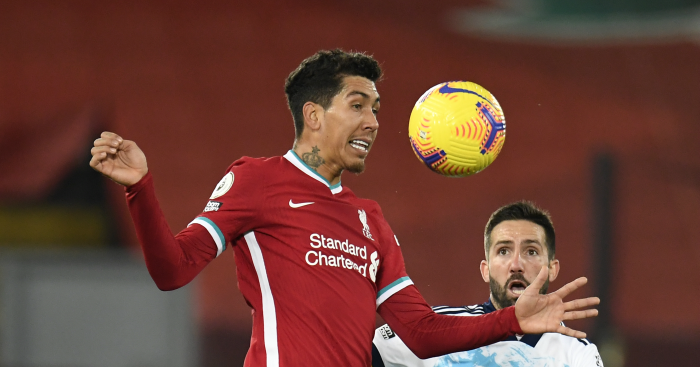 Roberto Firmino pulled off a nutmeg so cheeky during Liverpool‘s game against Wolves, Ally McCoist couldn’t help but laugh in commentary.

Firmino has form for taunting his opponents; the striker is a ‘no-look’ goal specialist and regularly uses his fancy footwork to infuriate the opposition. It’s tempting to think that ball tricks are part of the school curriculum in Brazil.

Joao Moutinho was his latest victim. During the game’s first half, with Liverpool leading 1-0, Firmino found himself tasked with escaping the attentions of Moutinho and Leander Dendoncker.

The Brazil international accepted the challenge with relish. Pirouetting away from Dendoncker, Firmino simply rolled the ball through Moutinho’s open legs and forced the midfielder to bring him down.

It was a moment of intricate skill that drew a foul influenced by hurt professional pride as much as necessity.

Best of all it elicited a laugh from everyone’s favourite pundit McCoist. Demanding another look, the Scot chortled away in the background while Clive Tyldesley joked that the nutmeg was the “2002nd of Firmino’s career”.

Firmino gets unjustly criticsed for his goal tally, but when he can pull off moments like this, who cares?

Ally McCoist certainly doesn’t – and that’s good enough for us.

Every video on earth can be enhanced by Ally McCoist chuckling along to it pic.twitter.com/05g9Z4lYuj