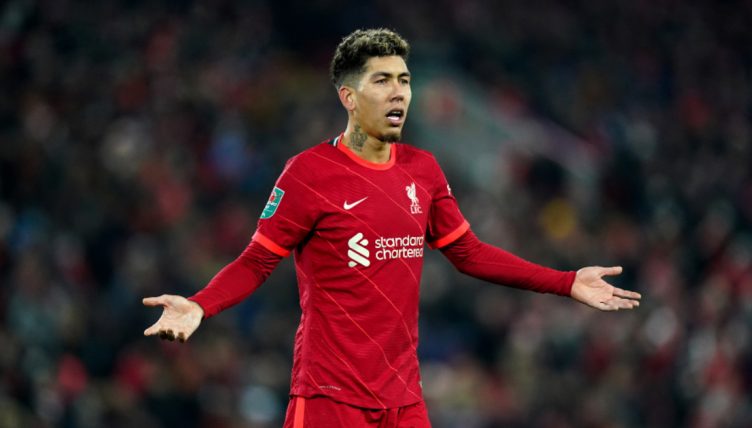 There are few things better in football than a cheeky, perfectly pulled-off backheel finish and that is exactly what Roberto Firmino treated the Anfield crowd to during Liverpool’s 4-1 FA Cup win over Shrewsbury.

Daniel Udoh gave the League One side a surprise lead in the 27th minute before producing a Cristiano Ronaldo-esque celebration.

But a great strike from youngster Kaide Gordon and a penalty from Fabinho turned things around and gave Liverpool a 2-1 lead by half-time.

Firmino was brought on in the 64th minute and got his seventh goal of the season 14 minutes later. After Ibrahima Konate’s shot was blocked by a Shrewsbury defender, Firmino showed great improvisation to back-heel the ball past the goalkeeper and into the net.

It was the Brazil international’s first goal at Anfield since his late winner against Tottenham in December 2020.

Fabinho added a fourth goal in injury time to confirm a comfortable victory for the Merseyside club and ensure safe passage to the fourth round of the FA Cup, the same stage they were knocked out from by Manchester United last year.