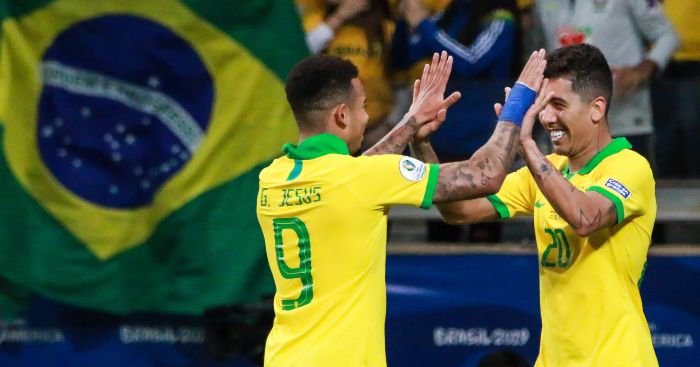 Liverpool forward Roberto Firmino continued his fine form with Brazil at the Copa America with another goal to fire his side to the final in a 2-0 victory over Argentina.

Firmino has now been involved in more goals than any other player at the competition, contributing two goals and three assists in his five appearances.

And Jesus then returned the favour in the second half, creating Firmino’s goal as Brazil hit Argentina on the break and set up a final clash with either Chile or Peru.

Still, there was time for Tottenham defender Juan Foyth to embarrass Philippe Coutinho.