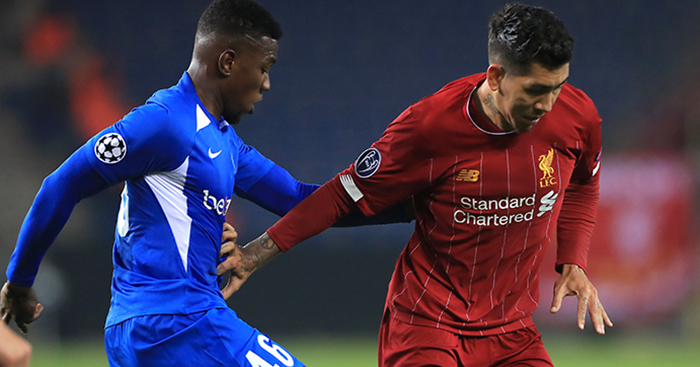 Alex Oxlade-Chamberlain scored a sensational goal as Liverpool returned to winning ways with a 4-1 cruise at Genk in the Champions League – but it was a Roberto Firmino rabona we couldn’t stop watching.

Liverpool dropped their first Premier League points of the season at Manchester United on Sunday, but there was no sign of a hangover from that result in Belgium, with Oxlade-Chamberlain putting Jurgen Klopp’s side ahead in just the second minute.

He made it 2-0 with a sensational goal 12 minutes into the second half, brilliantly flicking an effort in off the bar with the outside of his boot from 20 yards following a cutback from Firmino.

Sadio Mané and Mohamed Salah added gloss to the scoreline before Stephen Odey scored a consolation for Genk a couple of minutes from time, but who even cares about goals on the night Firmino set up a chance for Mané with this ludicrous piece of skill on the edge of the box.

Based on this moment and this moment alone, we can safely say the Reds’ confidence has not been harmed by that draw at Old Trafford.