Watch: Robertson attempts to put off Mason Greenwood by screaming at him 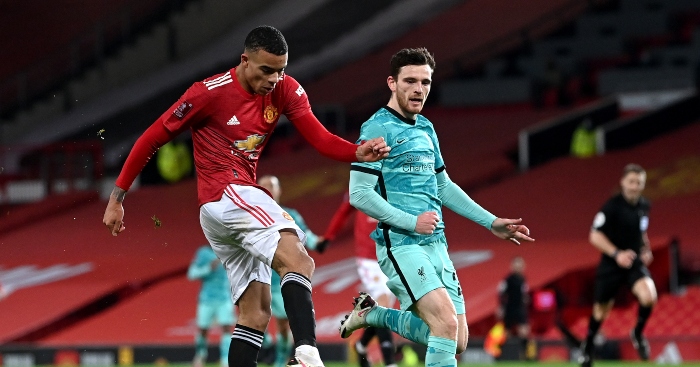 Liverpool‘s Andy Robertson tried to put off Mason Greenwood from scoring by screaming at him during their FA Cup tie with Manchester United.

Robertson has a reputation as a player who will stop at nothing to win – Lionel Messi’s ears are still ringing after the Scotland international clipped them during the famous win over Barcelona.

He was at it again during Sunday’s match at Old Trafford. Liverpool have been struggling recently but found themselves 1-0 up through Mo Salah’s early goal.

This lead was in jeopardy when Greenwood advanced through on goal with only Alisson to beat.

In a desperate attempt to stop the young striker scoring, Robertson bellowed something frightening in his ear.

It didn’t prevent the goal, but we admire his commitment to shithousery.

Andy Robertson screaming at Mason Greenwood to try and put him off scoring. pic.twitter.com/1uRgafbr5K