Watch: Robertson calls out TAA after mastering his free-kicks in lockdown 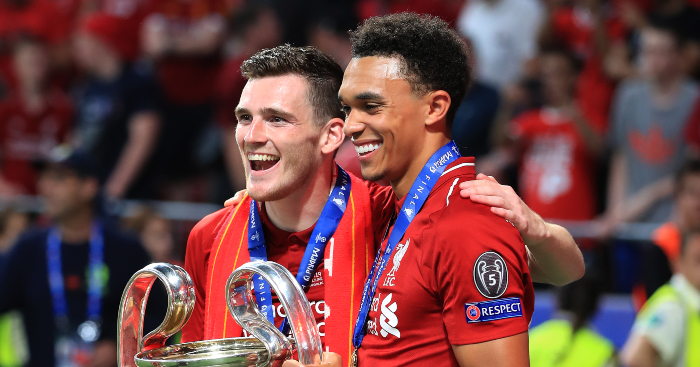 Andy Robertson is putting his time in lockdown to good use by brushing up on his free-kick taking – and calling out his Liverpool team-mate Trent Alexander-Arnold on Twitter.

Alexander-Arnold has displayed his quality from dead-ball scenarios on a number of occasions for Liverpool, but fellow full-back Robertson doesn’t want to be left out.

The Scotland international tweeted a video of him practising free-kicks and hitting two targets in the top corners, accompanied by a message to Alexander-Arnold.

Admittedly, it doesn’t look like Robertson is striking the ball from that far out from goal, but we’re all for the two players to go up against each other in a free-kick challenge once normal training is allowed to resume.

There’s a new freekick taker when we get back @trentaa98 👀 pic.twitter.com/TyZiO3j9OG