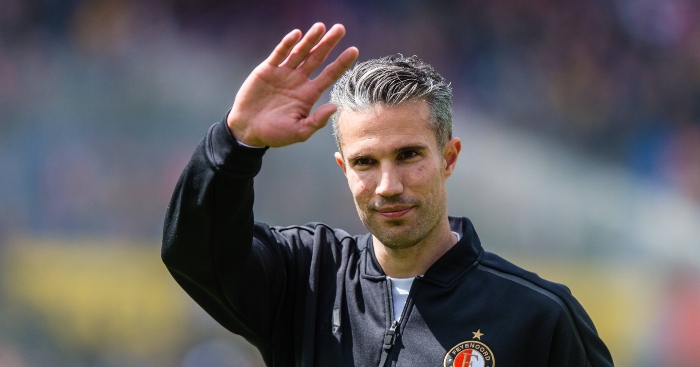 Former Manchester United and Arsenal forward Robin van Persie scored some spectacular goals throughout his career and appears to have taught his son a few of his old tricks.

Van Persie is regarded as one of the best strikers of his generation and had a knack of scoring amazing volleys with his deadly left foot.

The Netherlands international decided to hang up his boots in 2019 and Shaqueel van Persie is now trying to follow in his fathers’ footsteps.

He is currently playing for Feyenoord’s Under 15’s and showed what he is capable of during their 8-3 win against rivals Ajax.

After a team-mate put a cross into the box, Van Persie flung himself into the air and scored an incredible acrobatic goal with his left foot.