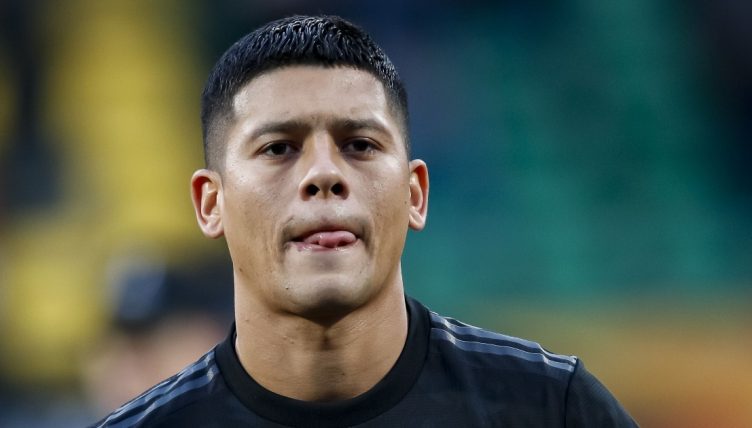 Ex-Manchester United defender Marcos Rojo grabbed a fire extinguisher and appeared to punch a security guard during a remarkable post-match brawl in Brazil.

Rojo spent seven years at Old Trafford before moving to Boca Juniors for an undisclosed fee in February 2021.

And it would appear the defender was more inspired by stories of tunnel brawls against Arsenal that have become part of United folklore than was originally apparent.

Rojo’s new club were knocked out of the Copa Libertadores after a penalty shootout loss against Atletico Mineiro – but that hardly tells the full story.

Boca were incensed after having goals ruled out by VAR during both games of the two-legged tie. There were clashes between both sets of players on the pitch, with coaches on either side being sent off.

That was nothing compared to the antics at full-time. As Boca players clashed with opposing staff, the Brazilian police felt obliged to keep the warring factions apart.

Rojo can be seen holding a fire extinguisher in his hand as his team-mates desperately try to prevent him from launching it. It’s unclear whether this was before or after the defender appears to deliver a mean right hook into the face of a Brazilian security guard.

Watch videos of the brawl as well as Rojo’s apparent punch and concern for fire hazards below.

Marcos Rojo amongst those endearing themselves their hosts. pic.twitter.com/2CixovlsDn

Marcos Rojo has managed to win some fairly widespread calls for an Argentina return tonight. Never underestimate the power of twatting a Brazilian security guard in the face.