Watch: Romelu Lukaku and Paul Pogba take p**s out of The Sun after win 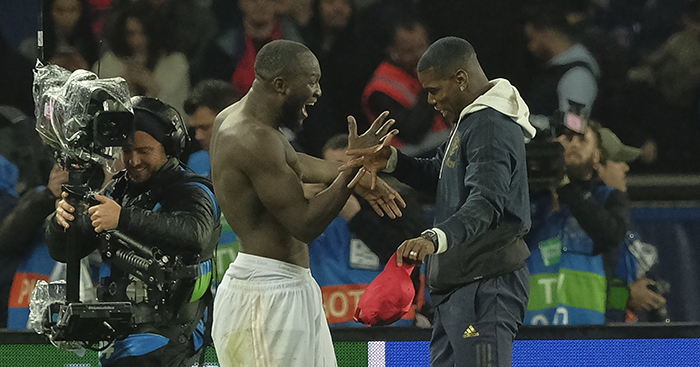 Romelu Lukaku helped Manchester United complete a remarkable turnaround against Paris Saint-Germain on Wednesday night – and had a clear message for The Sun at full-time.

Lukaku scored a brace for the third game in a row, becoming the first United player since Cristiano Ronaldo in December 2006 to do so, but for the second time in a week he did not take a late penalty which would have given him the chance to seal his hat-trick.

Marcus Rashford stepped up in Paris to take and score his first ever penalty for the United senior team, sending them through to the quarter-finals of the Champions League, and afterwards Lukaku revealed he told the 21-year-old “this is your time” when he asked to take it.

The Sun, however, had reported that Lukaku had fallen out with Pogba following the Southampton game at the weekend when Pogba took – and then missed – a late penalty to deny his revitalised team-mate the chance of a hat-trick.

It’s fair to say their celebrations after the game in Paris made something of a mockery of that report of a bust-up.