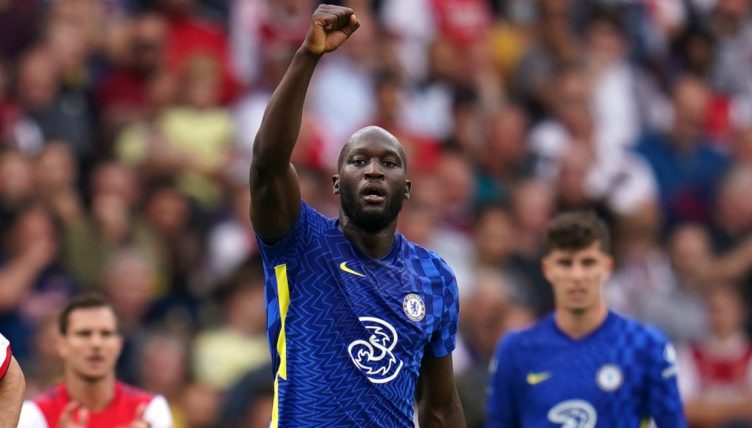 Romelu Lukaku is back playing for Chelsea and he’s back with a bang, scoring the opening goal of the game in the Blues’ London derby against Arsenal on Sunday afternoon at the Emirates Stadium.

The goal encapsulated a great deal of what Lukaku can do for Chelsea, too.

Mateo Kovacic fired the ball into Chelsea’s new No.9, who held off Pablo Mari with his back to goal before playing it back to Kovacic.

The Croatian then spread the ball right to Reece James, while Lukaku showed more desire than Mari to get into the area, bursting into the six-yard box and knocking home James’ low, hard cross from close range.

Thomas Tuchel, when asked about Lukaku in his press conference before the Arsenal game, said: “Of course we expect goals [from Lukaku].

“And he expects goals because he delivered goals everywhere he played. So, yeah, this is why he is here and then we will see how far the impact goes.”

On this evidence, it could go a long way indeed.

Romelu Lukaku scores 15 minutes into his 2nd #CFC debut to give Chelsea the lead at the Emirates! 🎯#ARSCHE pic.twitter.com/ivFKWCkMXW