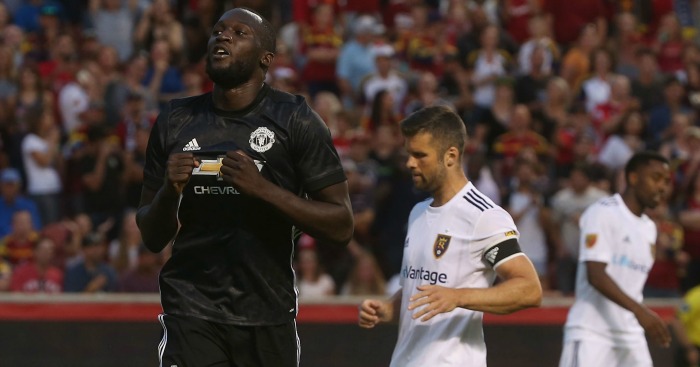 Romelu Lukaku opened his account for Manchester United with an excellent goal against Real Salt Lake on Monday – but Ryan Giggs has warned the striker he needs to prepare for a whole new level of scrutiny at Old Trafford.

United swooped in to steal Lukaku from under the noses of Chelsea in a £75million deal and there is plenty of expectation on the Belgium international, who scored 25 Premier League goals for Everton last term.

The 24-year-old showed his class in United’s pre-season friendly against MLS outfit Real Salt Lake, coolly leaving both a defender and the goalkeeper on the ground before slotting home.

But while United legend Giggs expects Lukaku to bag plenty of goals at Old Trafford, he suggests the step up from Everton will test the forward.

“He will get scrutinised like he has never been scrutinised before,” Giggs said, and you can watch the full clip below.