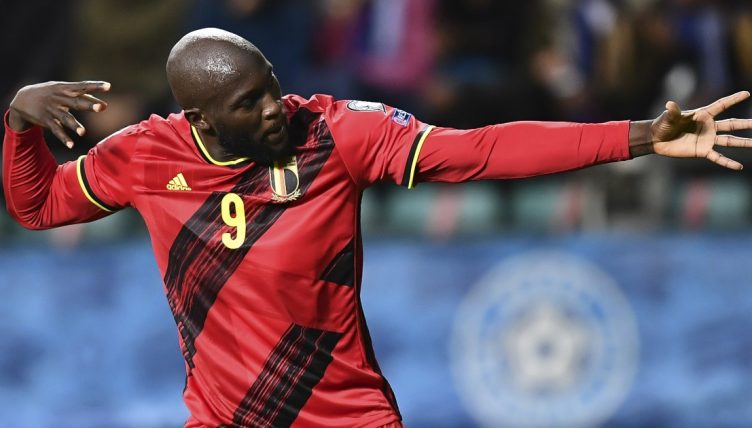 Romelu Lukaku has started the season well for Chelsea and carried that form onto the international stage on Thursday night, scoring a true centre-forward’s goal for Belgium in their World Cup qualifier against Estonia.

Roberto Martinez’s men travelled to Estonia for Thursday night’s game top of European qualifying Group E, but they went behind to a goal in the second minute.

The group leaders soon showed their superiority, however, and came storming back to take a 5-2 victory and move onto 10 points from four games.

Lukaku got in on the act with two of the goals. And the second was a perfect demonstration of why he is considered one of the world’s elite No.9s.

He received a pass from Hans Vanaken with his back to goal on the edge of the area, tightly marked by Estonia centre-half Marten Kuusk.

Yet Kuusk was no match for the Chelsea striker. Lukaku held him off, span, touched the ball out of his feet and smashed it right-footed into the bottom corner.

Kuusk’s reaction showed just how tough a job marking Lukaku can be.