Watch: Romelu Lukaku scores goal EXACTLY like he said he would 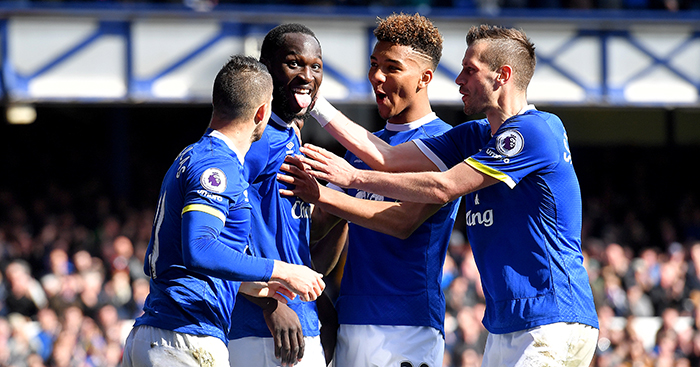 Romelu Lukaku scored a trademark goal for Everton against Burnley on Saturday – exactly like he’d said he loves doing.

Lukaku took part in a finishing session with Jamie Carragher on Sky Sports in February in which he demonstrated how he likes to pin down and then roll a defender before scoring.

The Belgian said there’s “rarely a centre-back in the league” that can stop him from doing it – and Burnley’s Michael Keane certainly couldn’t at Goodison Park as Lukaku spun away from him to score the Toffees’ third in a 3-1 win.

The video below shows Lukaku talk through his technique with Carragher before capturing him putting practice into action against the Clarets.

Lukaku’s goal was his 24th of the season in the Premier League, keeping him four clear of Harry Kane in the race to win this season’s Golden Boot.

With six assists also to his name, no player in the league has directly contributed to more goals.