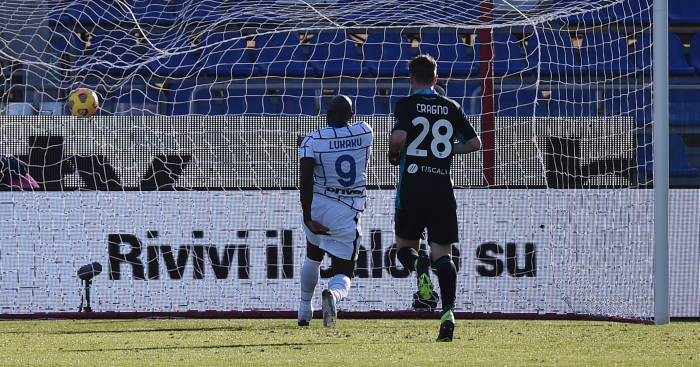 Romelu Lukaku managed to scare the living daylights out of a ballboy while scoring during Inter Milan‘s 3-1 win at Caligari.

Lukaku has been in impressive form this season, scoring 18 goals for club and country in all competitions.

Not content with merely scoring goals, Lukaku decided to frighten the local ball boy’s during Inter’s Serie A match at Caligari.

With the away side leading 2-1 in injury time, the striker was sent through on goal to seal the game.

After taking the goalkeeper out the equation, Lukaku was left with the easy task of booting the ball into an empty net.

In doing so, he managed to give a Sardinian ballboy a significant fright in the process.