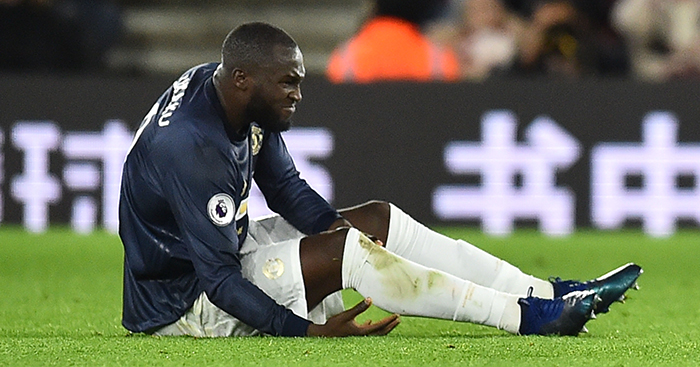 Manchester United fought back from 2-0 down to earn a 2-2 draw at Southampton – but it was another disappointing evening perfectly summed up by Romelu Lukaku tripping over the ball.

Lukaku netted his first United goal since September 15 to start the comeback at St Mary’s, with Ander Herrera netting the equaliser before half-time following from Stuart Armstrong and Cedric Soares inside the opening 20 minutes.

However, anyone anticipating United to go on and win the game will have been left disappointed by a second half in which neither side really threatened.

The result leaves Jose Mourinho’s side six points behind fourth-placed Chelsea having played a game more – and an incredible 16 points behind Manchester City at the top with just 14 games played.

And United’s fortunes were perhaps best summed up by Lukaku tripping over the ball with nobody around him before throwing himself to the floor clutching his leg, presumably out of embarrassment.

We’ve all been there, Romelu…