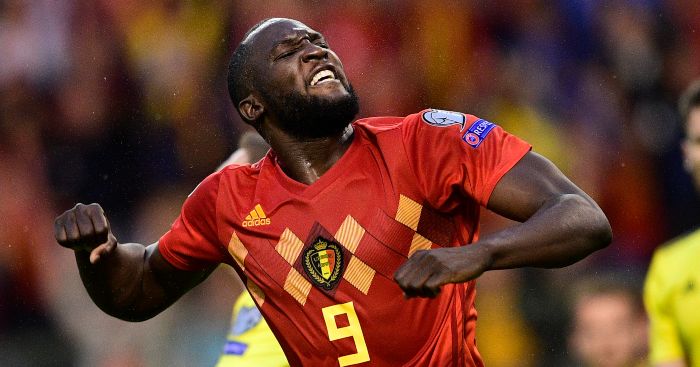 Romelu Lukaku has returned to goalscoring form in Belgium’s Euro 2020 internationals – but the Manchester United striker will want to forget one mishap in his country’s 3-0 victory over Scotland on Tuesday night.

Lukaku’s future at Old Trafford is the subject of plenty of speculation after ending the season without a goal in his last eight appearances for United.

But the 26-year-old has now bagged in his last two matches for Belgium, following up his strike against Kazakhstan at the weekend with a brace against Scotland.

And while the rediscovery of his goalscoring touch will no doubt please United fans, they will also have had a chuckle at the sight of Lukaku’s attempted backheel.